The Science: A Nature-inspired Approach to Regrowing Your Own Hair Amplifica is a biopharmaceutical company focused on developing novel treatments to address androgenic alopecia (hair loss), a condition estimated to affect over 50 million men and over 30 million women in the United States alone. The Company has identified and isolated unique signaling molecules that stimulate hair follicles to regrow hair. Amplifica will be initiating clinical trials to evaluate the safety and efficacy of its core technology as well as obtaining all applicable regulatory approvals.

Amplifica’s approach to hair regrowth is based on the discovery of naturally occurring signaling molecules that affect new hair growth.

The scientific studies leading to the discovery of these molecules are based on the unique molecular biology found in the naturally occurring hairy nevi or “hairy moles” which has been extensively studied and uniquely understood by Amplifica. President & Chief Executive Officer
Frank Fazio is a strategic executive with over 30 years of multifaceted experience in the healthy aging, medical device, biotechnology, and pharmaceutical industries. Mr. Fazio has broad experience with early and late-stage clinical development programs including acquisition management, capital fundraising and successful transition to global commercialization. Mr. Fazio has raised more than $75M in private capital for small companies. Additionally, he held several key positions at INAMED Corporation and was extensively involved during the company’s integration to Allergan, Inc. (NASDAQ:AGN) following its $3.2B acquisition of the company. Most notably, Mr. Fazio served as a core team member on the Juvéderm® (hyaluronic acid dermal filler) and Dysport® (neuromodulator) global development programs. Mr. Fazio received his Bachelor of Science Degree in Molecular and Cellular Biology from the University of Arizona. 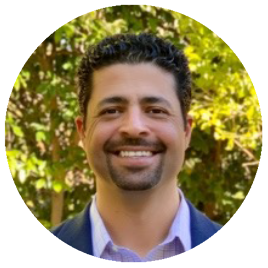 Chief Operating Officer & Executive Chairman
Wajdie Ahmad is a Biopharmaceutical executive with over 20 years of industry experience. Most recently Mr. Ahmad served as the co-founder and Chief Operating Officer of Bonti from its inception in 2015 until the company was acquired by Allergen (NASDAQ:AGN) in October 2018 for the upfront payment of $195M (> 6x multiple on invested capital in 3 years) and subsequent milestone payments. At Bonti, Mr. Ahmad was tasked with building and managing the Finance, HR, Legal, IT, R&D operations along with the company’s clinical programs. In addition, Mr. Ahmad was instrumental in helping to raise over $36M in three structured financing rounds. Prior to Bonti, Mr. Ahmad worked at Allergan for over 13 years in various roles with increasing responsibility within the Biologics manufacturing and development groups, focusing on the development, characterization, manufacturing and commercializing of neurotoxins, which includes Botox and other biologics programs. Mr. Ahmad received his B.S. in Biology from the University of California, Riverside, and his M.B.A. in Management from the University of California, Irvine. Chief Scientific Officer
Dr. Plikus received his PhD in Pathology from the University of Southern California (USC) where he studied mechanisms of hair growth control. After postdoctoral training on hair regeneration at the University of Pennsylvania (PENN), he joined the University of California Irvine (UCI) focusing on hair research at the Stem Cell Research Center. Now an Associate Professor, Dr. Plikus heads a research laboratory that investigates key questions in hair follicle biology, including mechanisms of hair stem cell control and hair length regulation. Dr. Plikus is a renowned expert on hair follicle biology and has published over 70 peer-reviewed in leading scientific journals including Nature, Science, Cell and PNAS. He is also a co-Chief Editor for Experimental Dermatology, one of the leading journals in non-clinical skin biology. Dr. Plikus’ holds a number of professional awards, including awards from Pew Charitable Trust, Edward Mallinckrodt Jr. Foundation and Dermatology Foundation Chief Medical Officer
Dr. Rassman is a serial entrepreneur who, in 1992, transformed the hair transplant industry through the introduction of large sessions of small grafts as a replacement for plug transplants that prevailed at the time. In 2002 he introduced the Follicular Unit Excision (FUE) technique that has become today’s surgical “Standard of Care”. Dr. Rassman was awarded the 2003 Golden Follicle Award by The International Society for Hair Restoration Surgery, the most prestigious organization in hair science, in recognition of his many contributions to the science of hair regrowth. He received his MD at MCV in Virginia and trained in general surgery and cardiothoracic surgery at the University of Minnesota, Cornell University and Dartmouth Medical Centers. He is also a professional inventor who holds over 50 patents in diverse fields ranging from computer and database software to medical devices and biotechnology. He has published over 60 articles in medical journals, medical textbooks, and most recently authored: “Hair Loss and Replacement for Dummies”.